The Role of Public Opinion in Kuwait: From Informal Diwaniyas to Institutionalised Lobbying 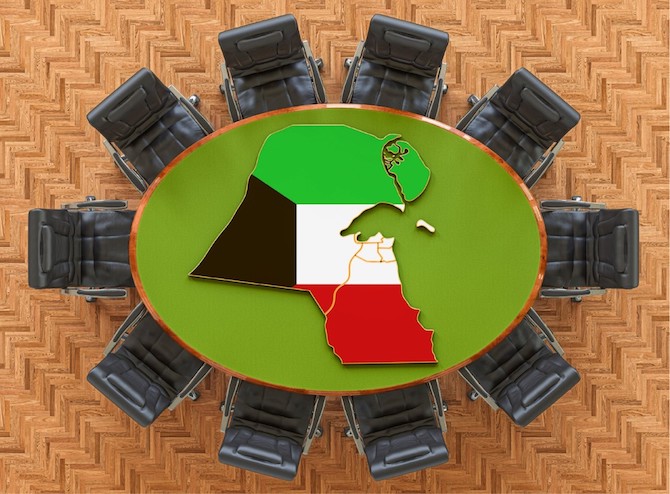 Kuwait is home to the loudest and liveliest parliament in the region. Despite this status, civic participation in public decision-making is still unsatisfactory and unorganised. The National Assembly (Parliament), which is the official representative body of citizens (comprised of 50 elected members), has ‘been manipulated to the benefit of the government’. Hence, the decision-making process in Kuwait would be greatly improved by creating a more powerful and institutionalised role for public opinion.

The Kuwaiti constitution was issued in November 1962 with strong emphasis on the emerging role of public opinion. It clearly stated in Article 6: ‘The system of Government in Kuwait shall be democratic, under which sovereignty resides in the people, the source of all powers.’ In fact, the story of the constitution itself is also a reflection of the strong role of public opinion, which was drafted by a Founding Council to establish the constitution which provided a basis for further freedoms.

Since then, Kuwaitis have been involved in multiple formal and informal methods of public participation. Apart from parliamentary work and social gatherings (Diwanya), the serious forms of public participation consist of: civil society and non-governmental organisations (NGOs), privately-owned media and political or social activism in individual and group forms. These forms of participation have affected the decision-making process in government, not only by enforcing laws but mainly by exerting a social and authoritative influence.

The Kuwaiti constitution has been effective for more than 6 decades. Looking to the future, greater clarity is needed regarding the influence of public opinion, with a view to delineating its role and impact on the decision-making process. At a global level, there are multiple models to achieve this, with one such model being that of ‘Open Government’, which offers a greater balance between the respective powers of the public and the government.

Let us start by redefining decision-making in government as the process of designing, legislating, delivering, evaluating, and amending any public services. To be precise, government decisions can be categorised into 4 elements (regulations, public policies, infrastructure projects and services). It is notable that ‘decision-making’ is not equal to ‘decision-taking’, which is a sole and core responsibility of government officials and public servants.

The need to institutionalise the role of public participation in Kuwait has two sides; one for the benefit of government and the other for the citizens. Starting with the government’s perspective, clarity can be sought on the increasing role of the public in the decision-making process in terms of accountability, efficiency, clarity of identity/agenda as well as in terms of rebalancing power. From the public’s perspective, this would mean well-organised activism/engagement, an influential voice, and clear access to decision-making.

The Call for ‘Open Government’

The concept of ‘Open Government’ is not a new nor unique model for public engagement, but it is a model which has been introduced around the world (to various degrees). It would be useful to benchmark this with a few examples of such a practice in three different ecosystems (regional, national and international).

The United Arab Emirates (UAE) ‘was ranked 9th in the IMD World Competitiveness Yearbook 2020. It is the only Arab country to have maintained its position among the top 10 competitive countries for 4 years in a row.’ The UAE’s partial application of the Open Government concept can be seen through its ‘Regulations Lab (Reg Lab)’ initiative. The ‘Reg Lab’ was invented in 2018 with the aim of testing and regulating the distributive technologies related to the 4th industrial revolution around the world. The lab is represented by experts and private sector innovators who work hand in hand with government policy-makers and legislators.

The Organization of Economic Co-operation and Development (OECD) is also a pioneer in this field, creating a framework for the Open Government concept through its various projects and initiatives. The OECD classifies public engagements into three levels: informing, consulting and engaging. Each level has its own methodologies and tools.

Internationally, the United Kingdom (UK) government can be cited as a great example with multiple practices. To name but a few, the Petitions Platform, the Lobbying Register and the Code of Practice on Consultation Guidebook are just some of the examples of formal and influential methods of public engagement. It is worth mentioning that these platforms are available in a transparent and equal manner to the public to facilitate their role in lobbying, consulting and influencing the decision-making process.

The Future of Public Opinion in Kuwait

Looking at these examples and Kuwait’s future path in relation to public engagement and Open Government, the way forward could be summarised in multiple actions at four levels (institutionalised platforms, regulations, initiatives and procedures). The aim of these actions is to give a full picture and high-level recommendations from a government communication perspective rather than a detailed road map.

These actions would start from developing a nationwide strategy on Open Government and aligning it with an international movement, namely the ‘Open Government Partnership’.  The regulations of the NGOs and other related laws would subsequently need to be reviewed or enforced. Furthermore, actions could include the launch of Initiatives such as an events calendar for public engagements and online platforms to involve marginalised residents like expatriates and stateless communities. Finally, it would be important to encourage the engagement of public opinion in all stages of the decision-making process as well as to enable stronger government communication practices. This should all be supervised and coordinated by an ownership body within the centre of government.

In conclusion, there is potential for public opinion to play a more influential and organised role in the decision-making process in Kuwait. The reforms to empower public opinion through the various forms of civic participation have a deep-rooted foundation based upon 60 years of democratic life. The Open Government initiative was proposed as a proven and tested model with limited political complexity and various innovative applications. Further studies and planning are highly encouraged to cover the political and legal perspectives.

This is a summarised version of a full and detailed research paper in Arabic.